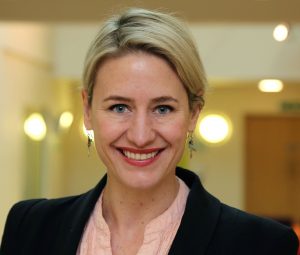 ‘The Elusive Rentier Rich: Piketty’s Data Battles and the Power of Absent Evidence’

The popularity of Thomas Piketty’s research on wealth disparities raises a question: why was wealth inequality neglected in mainstream neoclassical economic theory during the latter half of the twentieth century? To explore this question, I draw on the writing of the early neoclassical economist John Bates Clark, who introduced the notion of the marginal productivity of income distribution at the end of the nineteenth century. I then turn to Piketty’s Capital in order to analyze the salience of marginal productivity theories of income today. I suggest that most of the criticism and praise for Piketty’s research is focused on data that is accessible and measurable, obscuring attention to questions over whether current methods for measuring economic capital are defensible or not. Debates over the robustness of Piketty’s data have had unanticipated effects, such as the implication that mainstream economics is marked by a high degree of internal tension and fruitful disciplinary discord. In reality, mainstream theory resists challenges to core disciplinary beliefs, such as the belief that remuneration levels reflect one’s economic contribution. I explore how ‘absent’ data in economics as a whole helps to reinforce blind-spots within mainstream economic theory.

Linsey McGoey is a Senior Lecturer in Sociology at the University of Essex. She’s currently working on two main research projects. The first explores the relationship between global philanthropy and growing economic inequality, with a focus on new, hybrid forms of philanthropy that direct charitable resources to for-profit recipients. The second is a project on abundance and scarcity in economic and social thought, with an emphasis on work by Georges Bataille and Henry George. McGoey is co-editor (with Matthias Gross) of the International Routledge Handbook of Ignorance Studies (2015), and the author of No Such Thing as a Free Gift: The Gates Foundation and the Price of Philanthropy (Verso, 2015).

Refreshments will be provided at the event.